“A scramble up exposed rock faces with excellent views of the Hudson River, Bear Mountain Bridge, and Popolopen Gorge. ”

An ideal first stage of a Bear Mountain loop, this trail is "spicier" than the Appalachian Trail approach, as well as more scenic and more challenging. Stroll past scenic Hessian Lake on a flat grade, then ascend through woodland, breaking out on to a series of rock slabs that will give you an ever-improving view of the Hudson River valley.

To access this trail, start at the Carousel in the main Bear Mountain parking lot and walk north along the asphalt towards Hessian Lake. Pass the lake on the left and go to almost the other end of the lake, where you'll find a trail leaving the pavement up to the left.

Follow this trail as it gently curves to the left and suddenly begins to ascend more directly. For an alternative start, the trail can also be accessed from the southern end of Hessian Lake as shown on this map.

After passing through some rough trail and some newly installed steps, you'll emerge at the first of a series of exposed rock faces. Your shoes should just barely allow you to walk up these faces without the use of hands in dry weather, but maintain three points of contact to be safe!

Each ledge offers a better and better view, first of Popolopen Torne across Popolopen Gorge and Route 6, then the town of Fort Montgomery, then the Bear Mountain Bridge, and north to West Point.

Finally, you'll cross Perkins Memorial Drive (watch out for cyclists and motor vehicles!) and reach the summit plateau, where the trail turns right to contour around under the summit through a mythical-looking pine forest strewn with house-sized boulders, eventually ending at the summit parking lot. Take pictures of the skyscrapers of Manhattan a world away, and descend back to the car via the Appalachian Trail. 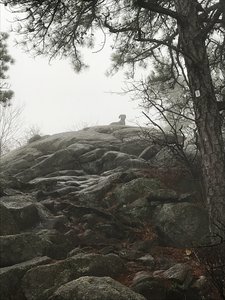 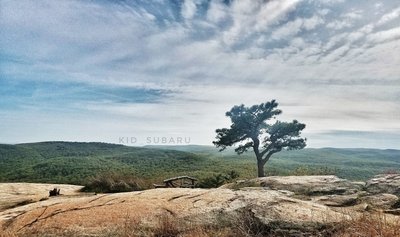 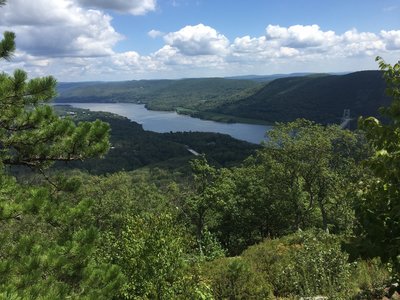 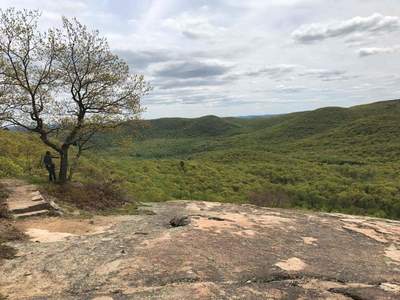 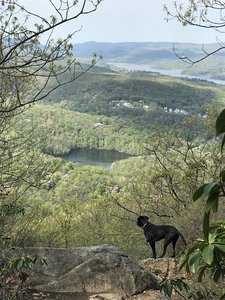 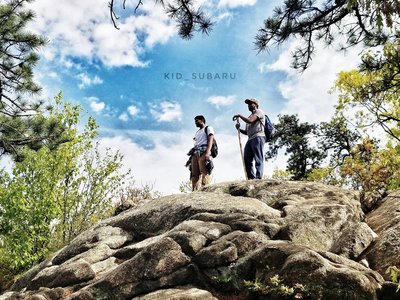