Begin this segment of the Tahoe Rim Trail (TRT) knowing that awe-inspiring alpine lakes and utterly majestic meadows are your reward for strenuous hiking through the Eldorado National Forest backcountry.

Starting at the Big Meadow Trailhead Parking Area, travel south along the trail, passing through a pleasant meadow before starting a rolling climb past a trail junction to the shores of Round Lake.While at the lake, take time to enjoy its serene, still waters, shaded by towering volcanic cliffs on its eastern side.

From Round Lake, continue climbing through somewhat varied terrain rife with dense conifer forests to a trail junction with PCT: Sonora Pass to Echo Lake. At this point, the Tahoe Rim Trail joins with the PCT, turning northwest to start the second and final leg to Echo Lake.

Near the junction, keep your eyes peeled for a shingle-sided cabin nestled between the shade of a tall evergreen tree and the flowing headwaters of the Upper Truckee River. Built in 1880 by the son of german emigrants and the meadow’s namesake, Louis Meiss, the cabin served as his family's summer residence while he grazed their cattle in the high mountain meadows of the surrounding Sierra. Held in their family for over 50 years, the USFS aquired the land in 1965.

From the junction, the trail follows gentler terrain as it descends through the famous Meiss Meadows. During the spring and early summer, these meadowlands are bursting with wildflowers such as bright red indian paintbrush, purple lupines, and blonde mule's ear.

Take refuge in the beauty of Meiss Meadows for as long as you need to fully catch your breath, because ahead lies another strenuous climb. But, similar to before, the climb rewards hikers with fantastic views atop protruding granite slabs near the fabled Showers Lake. Take your time at Showers Lake, perhaps break out your lunch, and enjoy the confluence of mountains, green alpine meadows, and mineral-rich granites knowing that only one more major climb awaits before a long and well-deserved downhill.

From Showers Lake, follow the trail as it climbs through a staggering granite bowl in the shadow of Little Round Top before beginning a long descent through moderate terrain punctuated about 5 miles in by a steep descent through a ravine peppered with large granite blocks.

After descending the ravine, follow the trail as it traverses and descends a nearby ridge to Benwood Meadows. Luckily from here, the descent becomes more gentle as the trail contours a hillside, handrailing the South Fork American River near Highway 50. Eventually, the trail crosses under the highway and initiates one final moderate climb from echo summit to the southeastern tip of Lower Echo Lake and the end of this TRT segment.

While coniferous forests can be dense at times along the trail, when they open into meadows expect to find flourishing lupines, mule's ear, and indian paintbrush during the summer months. 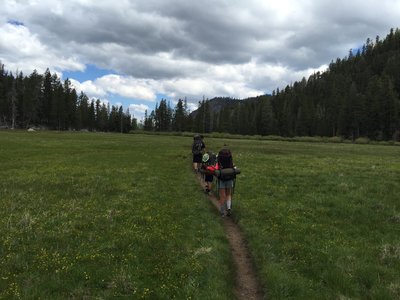 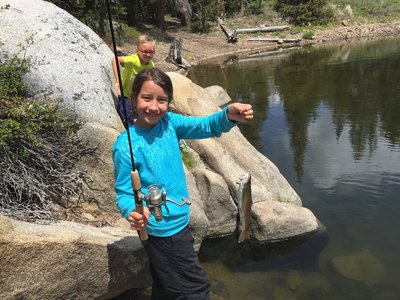 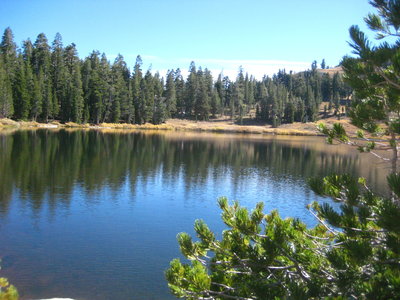 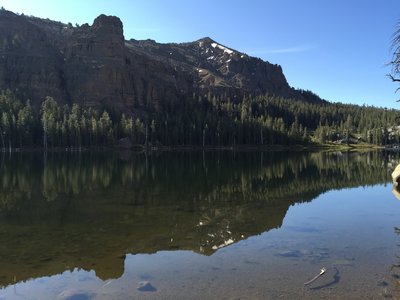 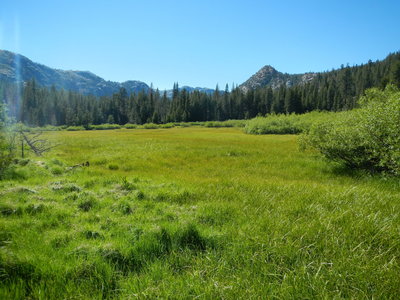 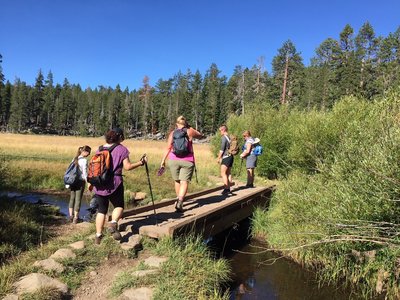 Glen Alpine to Lake Aloha Out and Back

Eagle Lake Out and Back