3.3 (3)
Plan with onX Backcountry
Previous Next

“A longer, but gentler, track to Green Point Mountain and Rainy Lake. ” 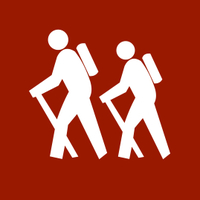 This trail enters the Mark O. Hatfield Wilderness, so the usual federal wilderness area regulations and restrictions apply here. Practice Leave No Trace (LNT) backcountry skills and ethics. Camp 100 feet from fragile areas; bury human waste at least 200 feet from water, trails, and campsites. This trail is usually snowed in between November and May.

The trail begins where the Herman Creek Trail #406 passes primitive Herman Camp and ends at a junction with the Rainy Wahtum Trail #409 and Herman Creek Cutoff Trail #410 on the ridge above Rainy Lake.

To reach the #408, take the Herman Creek Trail #406 up to Herman Camp. Both the Gorge Trail #400 and the Gorton Creek Trail #408 start on the north side of Herman Camp, so be careful that you are on the right trail when you leave the camp (the #400 starts out level, while the #408 trends uphill).

From Herman Camp, the #408 heads upward through two switchbacks to a junction with the Ridge Cutoff Trail #437 about 2.4 miles from the #406. This cutoff can be used to make a short but steep loop involving the Nick Eaton Trail #447. Shortly past this junction is an unsigned use trail leading out to Indian Point—a popular vantage point overlooking the Columbia River. Be careful here, as the rocks on the point can be loose and slippery, and you are on the edge of a tall cliff.

At 3.4 miles, the trail crosses Grays Creek and passes Deadwood Camp (room for 3-4 tents), then continues up a steeper climb for 2.6 miles to the junction with Nick Eaton Trail #447. After climbing south for 0.6 miles, past primitive Ridge Camp (limited water), the #408 reaches a junction with Plateau Cutoff Trail #412. After a brief climb, the #408 almost levels out as it continues across the plateau, over Green Point Mountain, and down to its end at Rainy Wahtum Trail #409 and the Herman Creek Cutoff Trail #410. To reach Rainy Lake from here, turn left (north) onto #409 and descend 1.2 miles to the lake.

On a clear day, the views of Mount Hood, Rainier, Adams, Defiance, and St. Helens are unparalleled, as is the view down to North Lake. 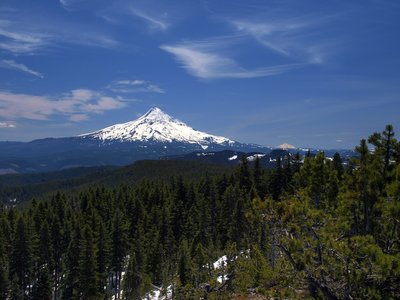 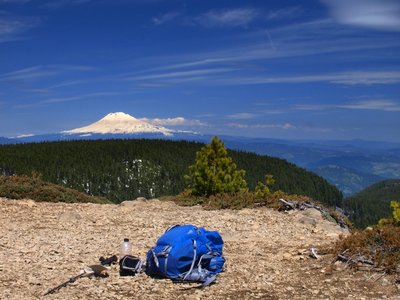 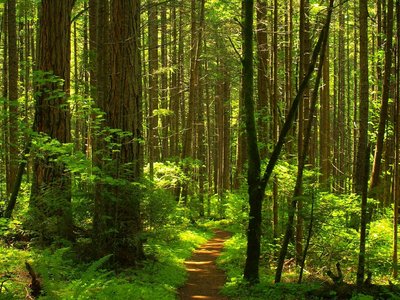 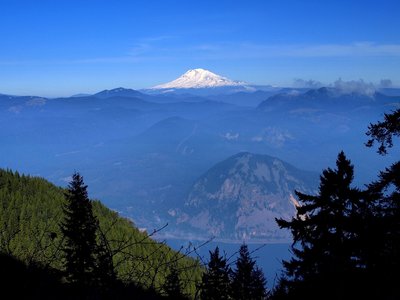 Munra Point Out and Back