“A short, steep trail over slickrock leading to a refreshing waterfall and pool. ” From the trailhead, descend steeply over slickrock passing rounded basalt boulders erupted from the Boulder Mountain area around 20 million years ago and transported to Calf Creek by debris flows and floods.

They (the basalt boulders) originated in the high basalt and andesite that flowed approximately 20 million years ago northwest of Boulder. Geologists long thought the boulders had moved from Boulder Mountain in Ice-Age glaciers and streams that carried the rocks down valley. Recent studies show that the glaciers were small and the streams lacked the power to move boulders nine feet or more in diameter such as those found around Fruita (this is about Capitol Reef – but same story as Escalante especially if you read further.

Large landslides occurred and the remains of these slides (huge chunks of basalt and andesite) mantle the slopes of Boulder and Thousand Lakes Mountains. Some of the slides flowed into the heads of the Fremont and Escalante Rivers and were liquid enough to move as debris flows for tens of miles down canyons like wet cement in a chute. Such dense flow can raft boulders without rounding them. Some debris flows incorporated enough river water to become floods that spread boulders through Capitol Reef and farther east of the park.

The trail ends at a small pool and beautiful waterfall, surrounded by seasonally lush grasses and cottonwood trees. During warm summer days, you can enjoy a dip in the pool. 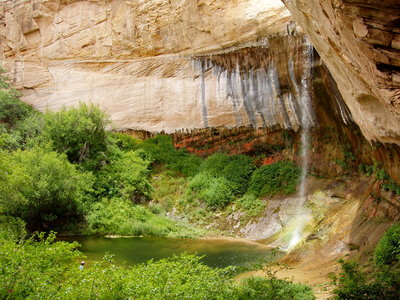 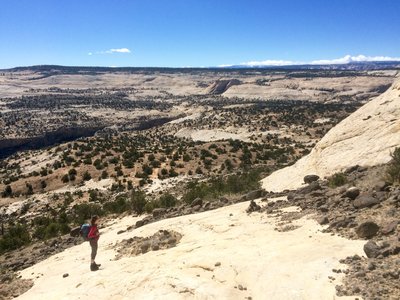 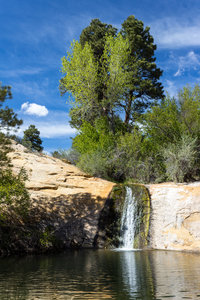 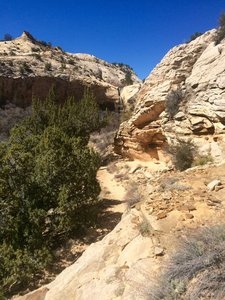 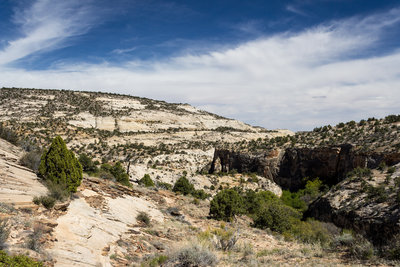 All Clear 78 days ago See History