“The heart of the City Creek trail system. ”

The Lower City Creek Trail follows the creek up across the first 10 bridges. This part of the trail is directional (uphill only) for cyclists, so you don't have to worry about riders descending. There is an intersection where you head up the Upper City Creek Trail which will continue until you come up to City Creek Road / Kinport Road. Between bridges 10 and 11 there is a short >20% climb that goes straight up.

Lower City Creek Trail has heavier traffic, so use caution and respect your fellow trail users.

From the parking lot you'll head up the trail and shortly come to a fork, stay to the right and cross the bridge. The first part of the trail, about the first 10 bridges, has the highest traffic and is designated as "uphill only" for those on bikes. In this crowded spot, it's nice not to have to keep an eye out for descending cyclists!

The trail itself is nice, winding through the trees and presenting visitors with some rocks and obstacles and a few steep grades. There will be a couple of forks in the trail, but you'll see the "City Creek Trail" signs labeling which way to go.

Once you are past bridge 10 you'll see a junction with a green bench. That is the end of Lower City Creek Trail, if you continue straight you'll start up the Upper City Creek Trail which has a spot between bridges 10 and 11 with >20% grade but only for a short distance, use caution.

The trail is comprised of some rocks, roots, a few obstacles and some steep grades as you head up to Kinport road. At the Kinport Road you can come back the way you came or you can head to the right up a trail called mushroom (tougher version of the upper city creek). 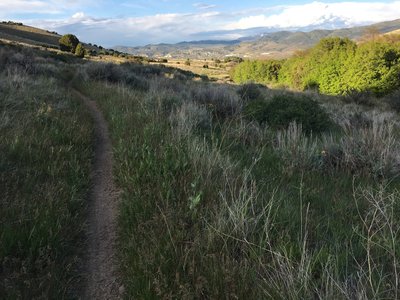 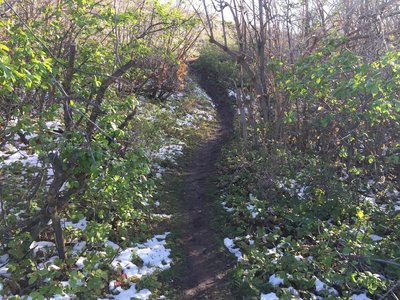 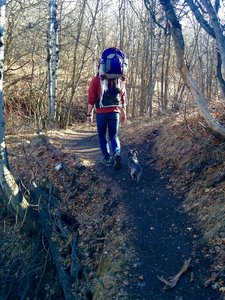 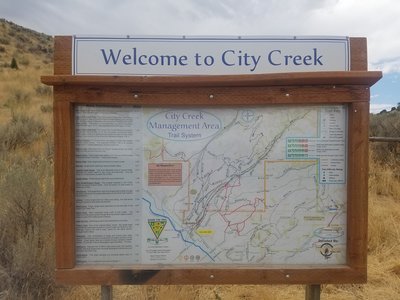