“A relatively moderate day hike or even easier overnighter while surrounded by red rock canyons. ”

Caprock Canyons State Park is a relatively popular state park in West Texas, about an hour away from Lubbock and Amarillo. It is known for the red rock canyons, that seem to come out of nowhere in West Texas. The park is well known for its bison herd and other wildlife viewing opportunities. While it's hiking is relatively unknown, there are a few trails that can be long day hikes or an overnighter with the possibility to see some of the darkest skies in Texas. Upper Canyon Loop is probably the best hike in the park and the best bet for views.

Be wary of rain, as flash floods can be serious here. Bug spray is a must from April-September.

Park at the North Prong Parking Lot and do this loop clockwise. The first mile is on the road until you get to the South Prong Camping Ground, then there is a very noticeable sign to jump on the Upper Canyon Trail. The first 2.5 miles is flat graded jeep road through dry river beds, with some nice hoodoos and rock formations along the way.

Around mile 3 is where almost all of the elevation gain is, and the trail rises about 700 feet in a little over .75 miles. This is the least navigable part of the trail while mostly on slab-esque rock. There are a few signs along the way but make sure and look up to see them as they are small. One specific piece of signage along this portion of the trail has arrows pointing left and right. Going right as this will save you a little bit of time.

Once you're through the rocky switchbacks, you'll be on top of the canyon and have the option to go right to the Haynes Ridge Overlook (which I would recommend). If not, keep heading down the Upper Canyon Loop for a relatively steep and quick descent. A quick .3 mile side trip to the Fern Cave is worth it and then keep heading east along the trail. From here it's mostly flat graded jeep road through the rest of the canyon, back to the trailhead.

If camping overnight, I would highly suggest camping at the North Prong primitive site. It's not very crowded and there are no fires allowed. I would suggest bringing your own water, at least a gallon a day, as water is scarce.

This loop and some other trails in Caprock Canyons were the location of an ultra marathon trail run 4/22/2017 and most of this loop was graded before the race. Graded sections are more jeep road than trail. 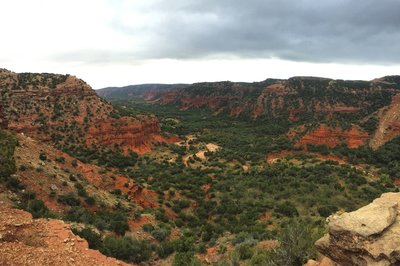 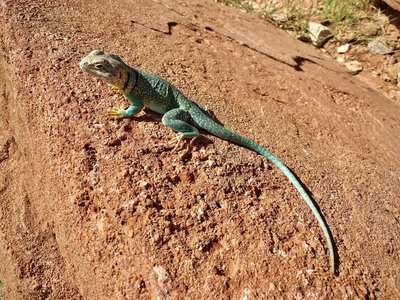 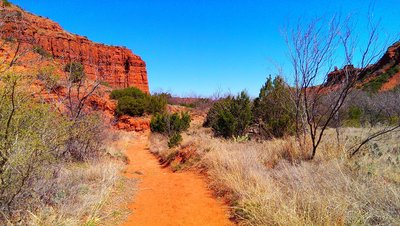 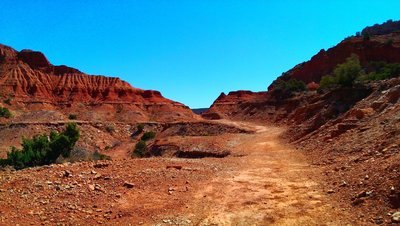 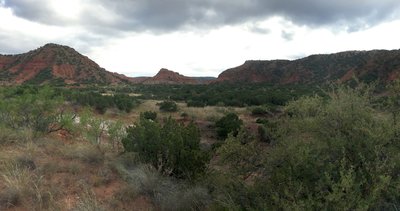 All Clear 79 days ago See History