“An amazing ridgetop trail with fantastic views of the high Bear River Range and Cache Valley. ”

This trail has to be completed in conjunction with other trails, and in many cases probably won't be used in its entirety. This description will describe the route in its entirety from the split from the White Pinel- Bunchgrass Canyon Trail to its end at the Boss Canyon Trail (where the trail on the ridge turns into the North Fork High Creek Trail).

From the White Pine-Bunchgrass Canyon Trail, the Doubletop Trail splits off (about 1.5 miles up the canyon from the White Pine Canyon Trail junction) and crosses the creek to the north side of the canyon. From here the trail starts to very gradually ascend through the sagebrush meadows, roughly paralleling the creek. There are plenty of cattle trails in this area, so make sure you're on the main trail. A little over half a mile from the trail junction, another spur trail can be seen going off to the right with a sign for the Shorty's Cutoff Trail, which leads over to the Steam Mill Canyon Trail, and eventually all the way over to the Steep Hollow Road FR 289.

After this trail junction, the trail starts to ascend a little bit more steeply and starts to head toward the northern wall of the canyon. As it nears the ridge, the trail switches back once and then roughly follows a drainage up to the ridge top. Then the trail heads north and passes by Pika Peak (the unofficially named peak just to the east as you get to the top of the ridge) and continues, dipping down and back up again as it heads towards Doubletop Mountain. Soon the trail passes a junction with the Steam Mill Canyon Trail and continues north along the ridge. The trail can be indistinct in places, but generally follows the ridge and occasionally drops down behind a small peak to avoid the elevation gain.

Although the views of Doubletop from the south aren't as impressive as from Steep Hollow or other places, it is still an incredible mountain and one of the most impressive in the Bear River Range. Eventually, the trail passes just below the South Summit and drops down into the notch between the two summits and passes back around the west side of the North summit.

It is worth it to summit both, as each offers a different view of the area, and the north peak is an especially fun scramble. After passing Doubletop, the trail becomes even more indistinct in places but goes north along the ridge until it meets up with the Boss Canyon Trail and North Fork High Creek Canyon Trails, just above Boss Canyon. 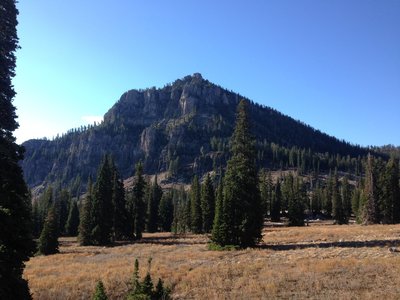 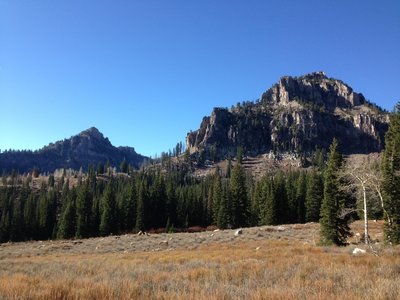 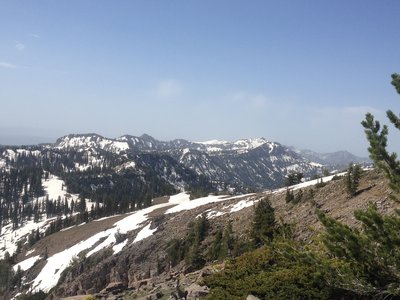 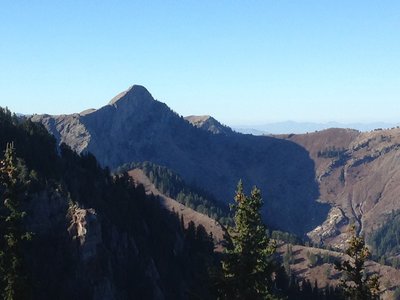 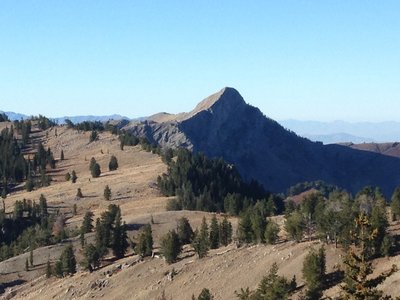 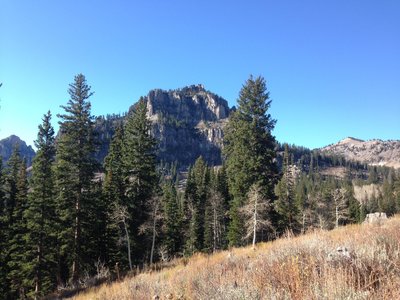