“A fun, accessible four-mile loop around an area landmark. ”

Commonly known among locals as A Mountain, thanks to the large A on the hillside in tribute to the New Mexico State's Aggies, Tortugas Trail is an easily accessible suburban loop. Occasionally rocky but rarely difficult, it has something for hikers of all skill levels. The trail can be reached via three parking areas on the north side off of Dripping Springs Road.

From the easternmost area, at the Monte Vista lot, proceeding westbound, the trail is a semi-rocky doubletrack. It winds along the north face of the hill, about sixty feet up, with nice views of the Organ Mountains and Mesilla Valley. After 1,500 feet, at the turnoff for the Altura Segment, the trail narrows to singletrack and becomes a little more technical, with some short descents and climbs.

As the trail turns to the south, it passes a field of hundreds of boulders. Keep left as the trail forks, and watch for larger, watermelon-sized stones and flat rocks as the trail crosses Turtleback Trail and switches back in an easy descent to the hill's base. Tortugas crosses Observatory Road near an old shack; again, keep left, and look for a marker showing where the trail picks up on the other side of the road. A sidetrack to Ocotillo Loop is shortly thereafter.

The main trail soon joins a wider dirt road. The path here is sandy but shallow, so it isn't too difficult to hike on. The road narrows and becomes firmer as it turns east and draws nearer to the mountain. Look for the distinctive Bishop Cap formation to the south. Crossing the turnoff for Arroyo Loop, Tortugas turns back to singletrack and is similar to the north side segments, with a few rocky sections and brief ups and downs.

A few splits in the trail can be found on the east side. After the eastern intersection with Turtleback Trail, the remainder of Tortugas is fairly straight and fast. The loop completes back at the Monte Vista Segment.

Desert plant life is best seen in the spring and early summer, when there's more precipitation, but the heat hasn't dried everything out yet. Animal life includes roadrunners, jackrabbits, lizards, hawks, and of course, snakes. 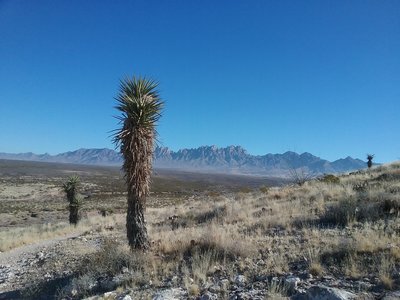 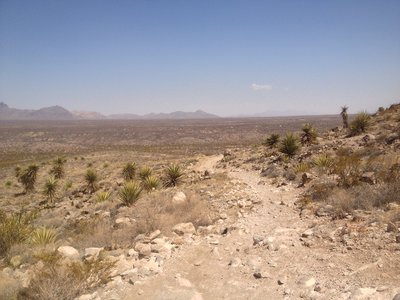 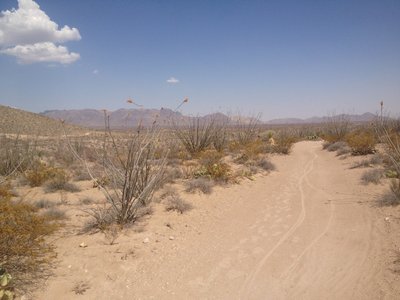 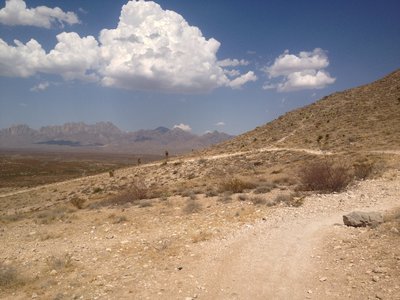