You'll have to share this trail with an occasional horse party. Please give them the right-of-way.

The trail is part of the route followed by the longer concessionaire horseback ride from Roosevelt Lodge to Yancey's Hole. It’s open for pedestrian use, but give horse parties the right-of-way.

This portion of the horseback ride heads north from the Petrified Tree, paralleling the spur road to the tree. It drops 60 feet to a crossing of the main highway at the .7-mile mark. The trail continues down more steeply through forests heavily burned in the 1988 fires. The large trees still living here are Douglas fir. In addition to its size, the Douglas fir is identified by its female cone, which contains three-pronged, feather-like bracts between its scales. Look around the trees to find these unique cones.

At the 1.9-mile mark the trail, which has dropped a total of 470 feet, ends at a covered structure where the stagecoach cookout is served. It was on this site, back in 1884, that John Yancey built his Pleasant Valley Hotel. It was a small establishment. Beds were built Pullman style with an upper and lower berth. Patrons were said to have bribed the maid for clean sheets. But old "Uncle John" made everyone feel at home. Before bedding down you can bet there was some activity at the adjoining saloon. John served his own special brand of "Kentucky tea" from two shot glasses he boasted had never been tainted by a drop of water. Listen . . . you may hear the click of poker chips, or the knock of an empty shot glass against the bar, and over in the corner a gentleman relating the details of the day's touring. Yes, those were the good old days. But tourism was increasing, bigger and finer hotels were already in service by 1906 when the Pleasant Valley Hotel burned to the ground. Soon automobiles were allowed in the park and the stagecoach era became just a memory.

You'll see large Douglas fir trees along the trail. They are common in this area, but rare in most of the park. In addition to its size, the Douglas fir is identified by its female cone, which contains three-pronged, feather-like bracts between its scales. 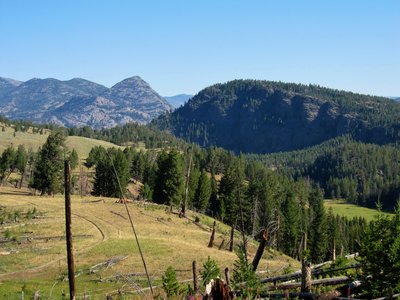 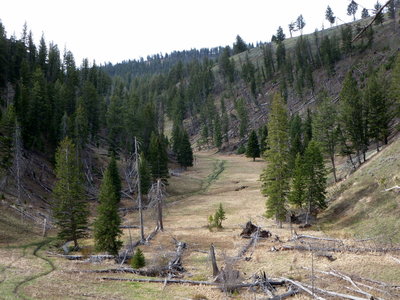 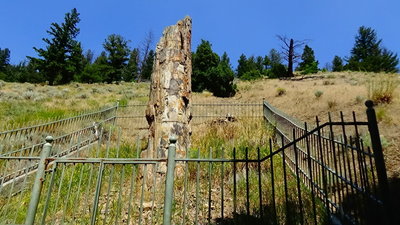 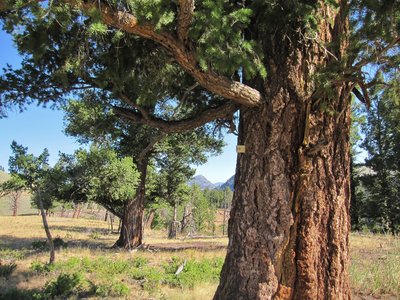 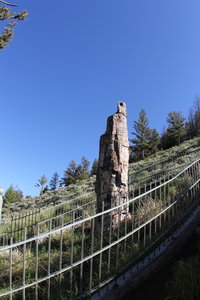 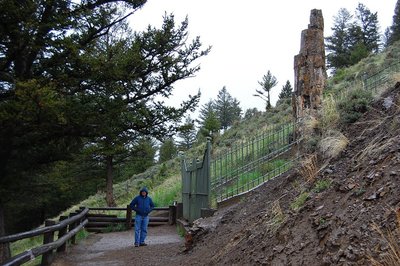