“A mountainous route offering spectacular views of nearby peaks as it circumnavigates Roundtop. ”

The Roundtop Trail is an infrequently used course along the northern perimeter of the park between Wear Cove Gap Road and Little River at the Townsend Wye. It is particularly interesting in the winter, when the absence of foliage permits views of many of the major peaks in the western end of the Smokies.

When it leaves Wear Cove Gap Road, the Roundtop Trail enters a winding climb. A half-mile above the road, it circles south to clear a minor ridge point where Roundtop appears prominently as the cone-shaped peak immediately to the west. After clearing the ridge point, the trail turns back north and encounters the park boundary.

Upon reaching the west flank of Joint Ridge, the Roundtop Trail descends into the wide bottom of a hollow. At the bottom, the trail turns and begins an easy half-mile climb out of the hollow and onto a dry southwestern exposure. Here it begins a descent that ranks among the two or three steepest descents in the Smokies. The trail descends on a narrow track that slants badly from left to right and is cushioned with layers of friction-free pine needles that make it difficult to procure traction. The descent ends in a sharp switchback that directs the trail into a hollow drained by Cane Creek.

Beyond the Cane Creek drainage, the trail briefly encounters the boundary for the second time, then returns to another southern exposure where the track is very narrow and perched precariously on the slope.

Conditions moderate noticeably when the trail turns and begins a 2 mile drop to Little River, winding gently along the contours of a meandering ridgeline before becoming tighter and steeper. For the final half-mile, it treads on a ledge cut into the cliff before dropping sharply to reach the stream.

As the Roundtop Trail approaches Little River, the track forks. Head to the right to a large pool formed by the confluence of Little River and the West Prong. Here, the river is widest and generally easier to cross. 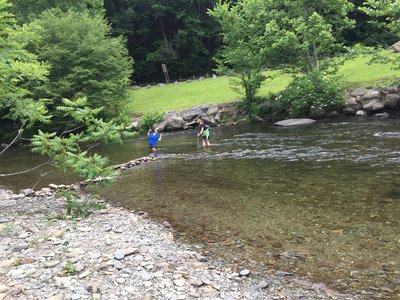 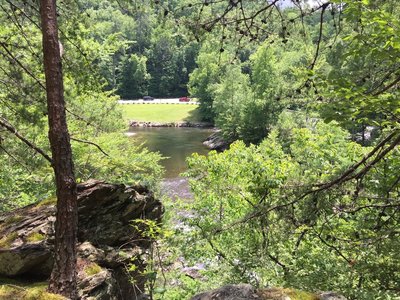 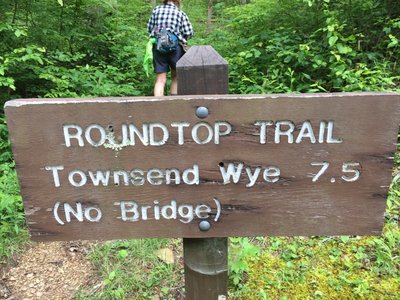 All Clear 13 days ago See History