“A trail that allows you to enjoy the history, wildflowers, and views Cades Cove is known for. ”

The trailhead starts at the entrance to the Cades Cove Loop Road. There is plenty of parking on the left as you approach the Cove entrance.

The trail crosses the road and follows it for about a quarter of a mile. On the left side of the trail there are open fields that the settlers used to farm, but are now maintained by the park service to give visitors an idea of what the area looked like when people settled the area. Horses are kept in the fields today, but you can often witness deer and turkeys feasting in the fields. The trail moves away from the road and the cars until it reaches the junction with the Crooked Arm Ridge Trail. The trail then crosses Harrison Branch twice before the John Oliver Cabin comes into view around 1.4 miles. Oliver came to Cades Cove in 1818 and built the cabin that sits before you. The trail passes the cabin, starts to follow Martha's Branch (named for Oliver's daughter) up to Leading Ridge, and leaves the crowds in Cades Cove behind.

A quarter of a mile up the trail on the right, an old chimney indicates an old homesite was once here. As the best land in the cove was settled, new settlers were forced to establish homesteads further up the mountain where farming was more difficult. Although the climb becomes steeper, the trail offers enjoyable views year round. In the winter, sweeping views of Cades Cove exist. Spring brings wildflowers blooming along the trail. In the summer, flame azaleas and rosebay rhododendrons provide beautiful decorations for the trail. At mile 3.0, a great view of Cades Cove awaits you as the trail begins to climb less steeply. The trail climbs a little further for the final .3 miles until it arrives at the Indian Grave Gap Trail junction.

From this point, you have a couple of options. You can return via the path that you just completed, or turn right and follow Indian Grave Gap Trail along the ridge line to Crooked Arm Ridge Trail, the trail that drops back down to Cades Cove. This makes for a great 8.5 mile loop that can be done as a day outing.

Flame azaleas, rosebay rhododendron, and other wildflowers can be seen along the field. 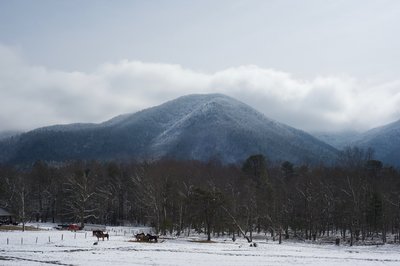 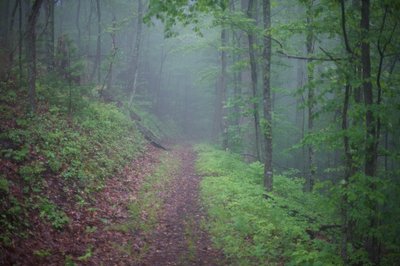 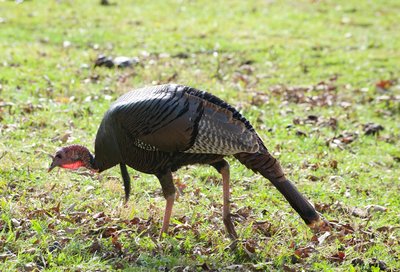 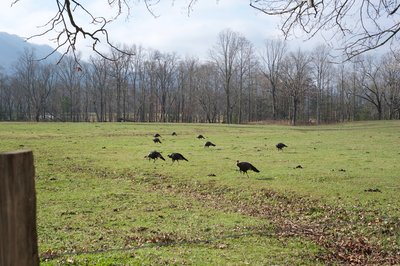 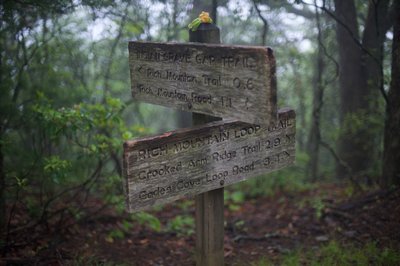 Abrams Falls Out and Back