“A brilliant ascent through Huskey Gap amidst beautiful woodlands often rich with wildflowers. ”

After continuing on a fairly stiff grade for three-quarters of a mile, the trail approaches a field of boulders resulting from rocks riven from the higher cliffs on Sugarland Mountain by the fracturing action of intense freezing during the most recent ice age. Soil among the boulders is often poor, and where the soil is poor, grapevines frequently thrive. Above the Flint Rock crossing, prolific grapevine growth has suffocated other vegetation, leaving openings in the forest cover that afford unlikely vantage points. Through these openings the whole lower sweep of the Sugarlands is visible as far down as Gatlinburg. Immediately beyond Gatlinburg is Mount Harrison and its prominent peak. Far to the east, at the head of the Sugarlands drainage, are Balsam Point and Mount Le Conte.

Stands of black gum trees, conspicuous in the fall by their brilliant red leaves, herald the approach into Huskey Gap. When entering Huskey Gap, the trail intersects the Sugarland Mountain Trail before descending on an easy grade following a hard-packed singletrack through hedges of mountain laurel. The trail then winds down the flank of Sugarland Mountain and into an open forest of widely spaced second-growth hardwoods. The trail descends with little variation in grade, forest cover, and general trail condition until it passes through an old farm field and eases into an upstream course high above Little River.

The trail descends along Little River to cross Sugar Orchard Branch. It then turns away from Little River and crosses a bottomland to an access path that exits left a hundred yards to the Mile 53 Backcountry Campsite (#21), one of the newest campsites in the park.

From the campsite, the Huskey Gap Trail crosses First Branch, then eases onto an old roadbed. The trail follows the road along Little River before crossing Second Branch and terminating into the Little River Trail. 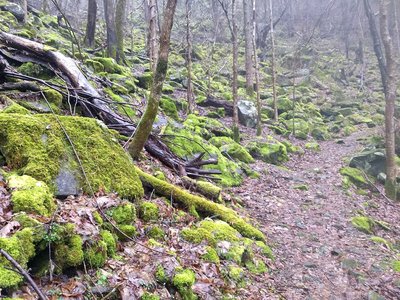 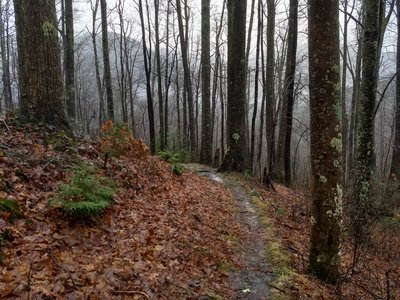 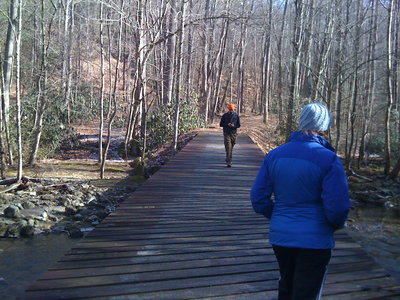