4.3 (12)
Plan with onX Backcountry
Previous Next

“This section of the Champlain Ridge offers great views and links up with several key Acadia trails. ” 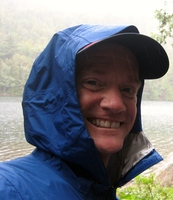 Family Friendly One of the easier, more gradual mountain trails, the older kids will enjoy the views on an out and back hike along this trail.

This southern segment of the Champlain Ridge was originally part of what was known as the Bear Brook Trail back in the late 1800s. It’s one of the area’s earliest mountain paths and was around before Acadia even became a national park. Only 1.5 miles long, with roughly 600 feet of climb (depending on the direction you take), it is one of Champlain’s few intermediate paths, as opposed to most of the mountain’s more extreme trails.

You can start your journey from either Champlain’s summit or from its southern end just south of The Bowl, a small and well-known pond that’s nestled between Enoch Mountain, The Beehive, and Halfway Mountain. The closest parking areas are either the Beaver Dam lot at the northern end of the mountain (approximately 1 mile away from the north end of the trail) or the Beehive Trail parking area to the southeast (which is also roughly a mile away from the path, but from the southern section of it). In fact, you can’t really get to either the northern or southern end of the trail without first having to hike up one of several paths to its north (including the Precipice Trail, the Beechcroft Path, or the Champlain North Ridge Trail), or either the Bowl Trail or the Beehive Trail to its south. Obviously, you can traverse this trail in either direction. It’s not nearly as steep and precarious as many of Champlain’s other paths, so it easily permits 2-way traffic.

Basically, the hike on the Champlain South Ridge is more gradual than the trail on the northern part of the mountain. It’s half a mile longer than its northern counterpart and has about a 300 foot less difference in elevation gain/loss. Regardless of which direction you head, you’ll navigate your way through pines and granite. There will also be many views of the area’s outlying islands and the Atlantic to your east and nice views of Cadillac Mountain and Dorr Mountain to the west, as well as some postcard-worthy looks at The Beehive and The Bowl to the south. As always be sure to follow the carefully constructed cairns to guide you through the open areas, and ignore the extra rock piles that some have thoughtlessly placed along the way—those “false” cairns sometimes confuse hikers.

This hike is one of Mountain Desert Island’s original trails, and it offers some great views of Acadia and its surrounding areas. Importantly, it also connects with several well-known and traveled trails to both its north and south. 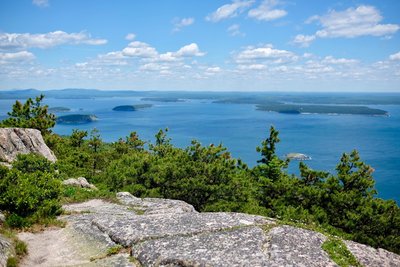 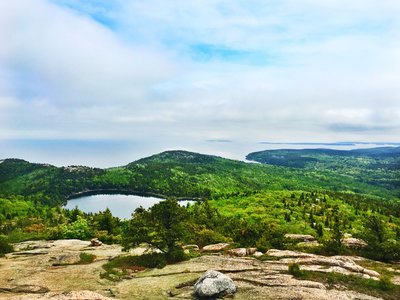 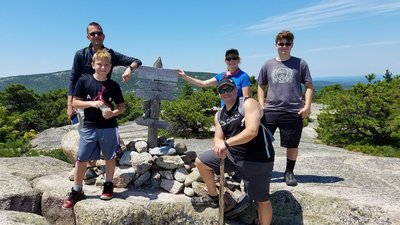 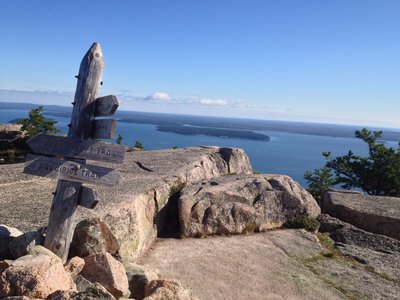 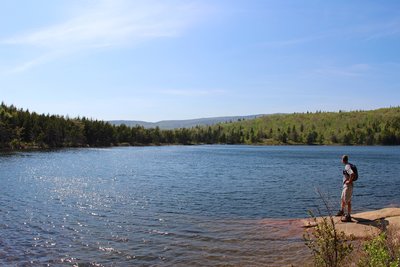