Although Sargent Mountain is Acadia’s second highest peak at 1,373 feet, it doesn’t get nearly as much foot traffic as the island’s eastern mountains, mainly because there’s no convenient parking close to it. Sargent has a relatively flat, wide open, rocky summit that provides spectacular panoramic views. Toward the east, you can see such key sites as the ocean and outlying islands, Eagle Lake, Cadillac Mountain, Jordan Pond, Pemetic Mountain, and the Bubbles, while to the west you can see Somes Sound, Norumbega Mountain, Southwest Harbor, and all of the area’s western peaks. Even though you’ll have to work a little harder to summit Sargent than some of the park’s other mountains, the end view will be well worth it.

You can access this path from either Sargent’s summit or from the northwest. There are several ways to get to the top, should you want to take this path in a downward direction. Some people come from the south over Penobscot Mountain and its various trails. Others approach from the west and southwest over Parkman Mountain and Bald and Gilmore Peaks. Still, others come from the Bubbles and Jordan Pond trails in the east. But for those who want to use the trail to summit Sargent, the only approach is from the northwest where the path intersects with the Giant Slide Trail and the Parkman Mountain Trail (the best parking spots are just on the side of Highway 198/3). Overall, there are a number of ways to get to this path, so it’s best to consult a map and plan accordingly.

Most adventurers connect to this path via the Giant Slide Trail. Starting at the northwestern end of the path, you’ll quickly climb in an eastward direction for approximately 170 feet for 0.3 miles until you come across one of the park’s famous and numerous carriage roads. Then the contours start stacking-up very closely together; over the next 0.7 miles to the summit, there is roughly a 600 foot climb. Along the way, you’ll see where Chasm Brook begins and rolls off Sargent’s north side. This section of the trail makes several distinct changes in direction, until you finally hit the exposed, rocky summit. Enjoy the views, because you worked hard for them.

In sum, this path can supplement your trip to the top of Sargent in a variety of ways, so be sure to look at a map when planning your journey. Whatever route you select it will provide you - either coming or going - with access to some of the park’s best panoramic views atop of Acadia’s second highest peak. 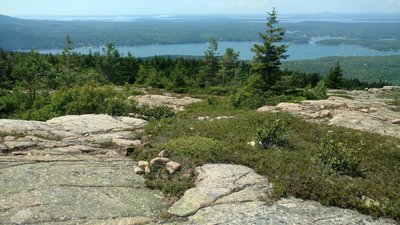 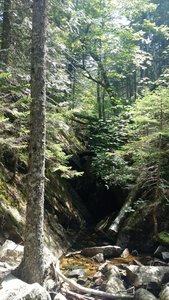