4.6 (14)
Plan with onX Backcountry
Previous Next

“A trail with great views of Lake Wisconsin and Gibraltar Rock. ”

Starting from the Merrimac Ferry near Lake Wisconsin, head east and connect with a singletrack trail that runs parallel to Hwy 113 (north side). Soon, the trail will cross Hwy 113 and start to ascend some terrain.

In this section, you'll be surrounded by thick foliage and some patches of pine forests, but you'll still have some very scenic views of Lake Wisconsin to the north and east. Eventually, you'll emerge in a prairie, where there are some backcountry camping spots available.

Follow the yellow blazes past the campground trail to find yourself at a very stunning overlook of Lake Wisconsin to the east/northeast. From there, you'll descend into a valley and finally meet up with Slack Road.

To continue to Gibraltar Rock, you'll have to take some road miles here for a while. Head down Slack Road (which, fortunately, does not have much traffic), and then take a right on Hwy V (which also has relatively low traffic volume). Once you come across Gibraltar Rock Road, you are ready to hit the dirt again.

Follow the singletrack in the woods up a relatively long and steady climb. You'll be rewarded with some great views of Gibraltar Rock, rolling farmlands to the south and west, and Lake Wisconsin to the west. (Trivia: This view has recently become famous by being featured in the dark film "Uncle John" an indie film that is getting rave reviews at various film festivals around the world.)

After a breathtaking visit to Gibraltar Rock, head onward, and you'll descend the terrain into some beautiful prairies that are on the western portion of the Gibraltar Rock County Park. Eventually, you'll end up at another trailhead parking lot. It is common for people to double back from there for a long out-and-back. 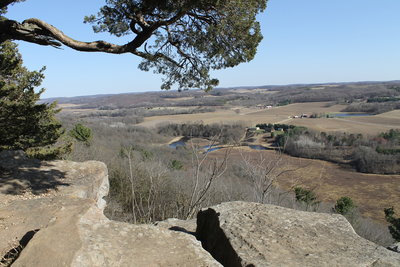 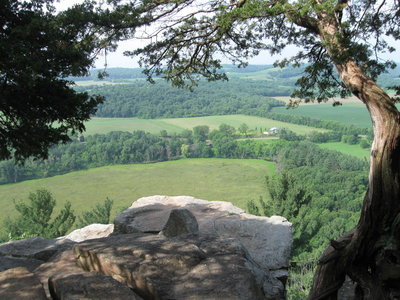 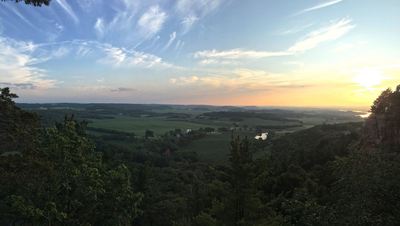 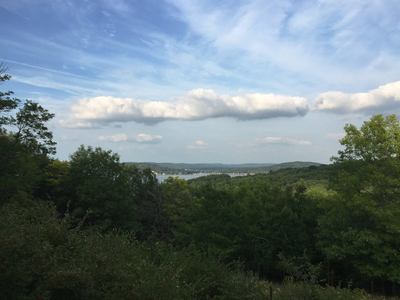