The first couple of miles of this trail are up a dirt road, and although it is not as beautiful as the rest of the trail, it offers a good warm up with some rolling hills and (if you go early enough in the season, like in April) views of the creek and some beautiful forest canopies and meadows. Make sure that you stick to the main road, as there are many side roads that can be misleading. You'll go through two gates before you reach the final (third) gate, which is the Forest Service gate. This gate has a permanent lock on it and a large parking area in front of it (you could drive up and park here, to avoid hiking up the road with a higher clearance vehicle).

From the Forest Service gate, you have two options - you can either take the doubletrack trail all the way up, or you can take the singletrack (the option I will describe) that splits off from and eventually crosses the doubletrack several times.

As you start up the trail, you'll get some glimpses of Birch Creek and start to see wildflowers, especially if you go early in the season (May or June). Less than a quarter of a mile up the doubletrack, you'll see a singletrack trail going off to the left - take this trail and you'll avoid the first large crossing of Birch Creek. You'll cut through a meadow that is sparsely populated with trees and eventually drop down to a very small creek crossing.

Continuing along the trail, you'll pass through meadows and forested areas with rolling hills and occasional dry stream crossings. This creek is used for Hyde Park's water, so depending on the season or amount of rainfall/snowmelt the crossings could be dry or not.

A mile and a half from the Forest Service Gate, if you look back and to the southwest, there is a beautiful rocky ridge with towering cliffs that just ascends to the top of the southern wall of the canyon.

Two and a half miles from the Forest Service Gate, there is a major stream crossing (covered with rotting logs) that transitions the doubletrack section of the trail to a fully singletrack trail that winds up, loosely following the creek up the canyon past beautiful cliffs from the north side of Flat Top Mountain. Eventually, as you reach the "elbow" where the canyon turns south, you'll get views of spectacular cliffs to the East. The trail then ascends past the spring that feeds Birch Creek and starts to switchback up through meadows until you reach the ridge between Birch and Dry canyons.

There are many wildflowers on this trail, especially as you reach the "elbow" (where the canyon turns south toward the head of the canyon). Fireweed, columbines, and other flowers can be easily seen. Along the singletrack, patches of small, blue berries (maybe elderberries?) can be seen (whether they are edible or not wasn't something I felt like finding out). 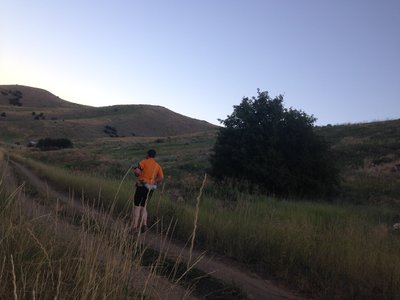 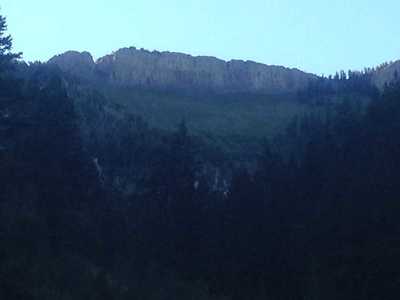 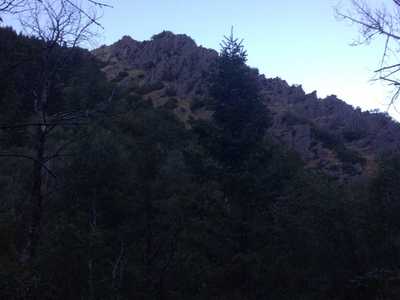 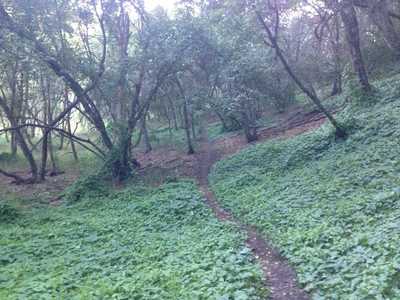 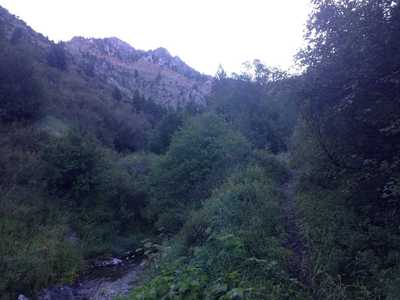 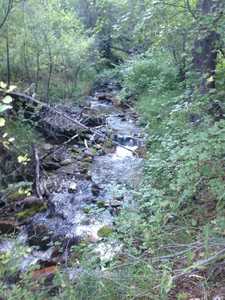