“An open trail through the monument's southern wilderness. ”

Family Friendly A great way to experience some of the wilderness portions of the park without having to travel too far.

To find the trailhead, drive south for about 2.5 miles on a dirt road that begins immediately after the parking area for Bunchgrass Overlook. At the beginning of this road and to the west is an old cinder cone called Hippo Butte. After about 2.5 miles, there is a small turnout on the west side of the dirt road that is the parking area for the trail. The trailhead is easily located at about the midway point of the turnout.

The trail is open and exposed like nearly all of the trails in the monument. Nevertheless, as the trail skirts the southern boundary of the monument, it nears Modoc National Forest. Thus, giant Ponderosa Pines sporadically dot much of the trail. The trail is named for a brush covered lava flow to the north of the loop. Someone, somewhere, at some time, someone said: "it is big, and it is nasty!" 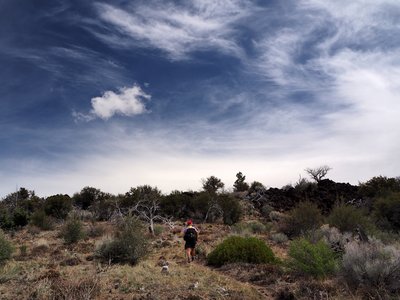 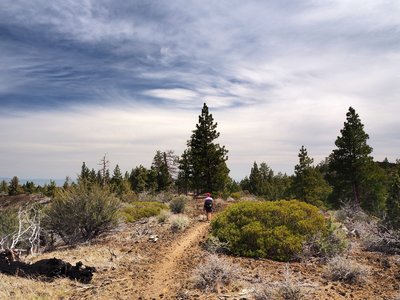 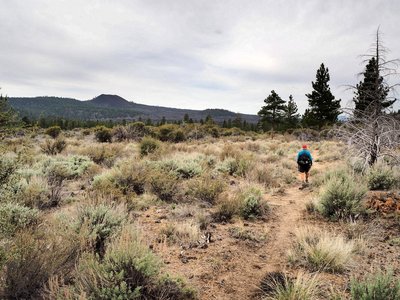 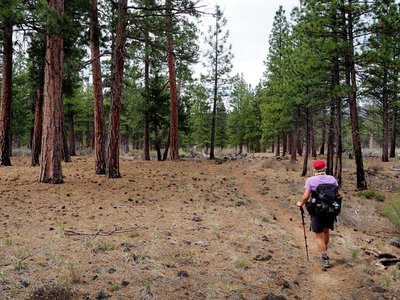 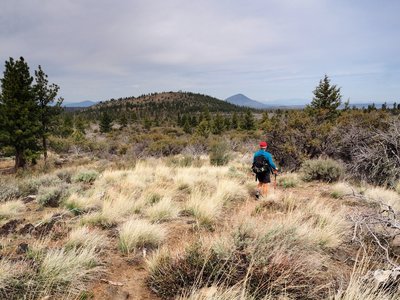 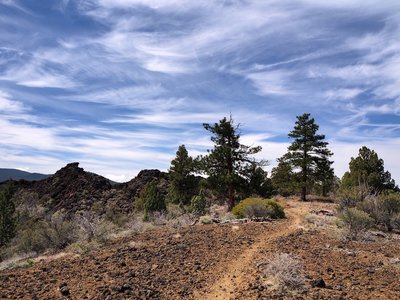 Oct 22, 2018
Dörthe Ge
May 4, 2018
Bruce Hope
A pleasant trail through groves of Ponderosa pines, starting from the amazing Mammoth Crater.