“An easy to moderate fourteener with beautiful views of Crestone Peak and Needle. ”

Family Friendly The first half of the trail to South Colony Lakes is made from an old forest road making the surface terrain and grade easy for kids.

South Colony Road 120 to the trailhead is NOT maintained during winter.

The Sangre de Cristo Range is one of the most unique and scenic ranges in the Colorado Rockies. Humboldt Peak is a straightforward, easy to moderate fourteener with beautiful views of Crestone Peak and Needle, also fourteeners. The first half of the trail is made of an old Forest Road making for an easy approach to the South Colony Lakes.

Above treeline, the South Colony Lakes and surrounding wildflowers will provide a quiet escape compared to more busy mountain lakes. Crestone Peak and The Needle rise from the lakes basin and will remain in view all the way to the summit of Humboldt Peak. From the summit, you'll be able to see great distances into the Wet Valley to the East, and past the towering Crestones into the San Luis Valley to the West. This trail is fun and makes a perfect route for a first-time fourteener summit, though it is still challenging enough for experienced hikers to enjoy.

Weather in the Sangre de Cristo Range can be more unpredictable than other ranges in Colorado. This is because of the range's narrow east to west distance and deep large valleys (San Luis and Wet) on either side. Weather forming on top of the peaks here is common. Start your ascent early, and descend before afternoon thunderstorms.

The trailhead begins at a nice campground giving you the option to camp here, or beginning near lower South Colony Lakes, 2.5-miles up, and just below the summit trail. This first section of trail is actually a continuation of South Colony Road 120 (South Colony Lake Approach) that the trailhead is on and where vehicles are no longer able to access. This old Forest Road makes for stable terrain and an easier low grade. From the trailhead, you'll cover approximately 2.5 miles on the old Forest Road until there is a junction in the trail. This is a good place to take a break, hydrate and eat a snack. The left trail can take you to the Crestone Needle Standard Route via Broken Hand Pass. Though, the right singletrack (South Colony Spur) is the trail you want to take to get to Upper South Colony Lake where the Humboldt Peak Summit Trail begins.

After hiking 1.1 miles past Lower South Colony Lake, you'll arrive at the upper and eastern side of Upper South Colony Lake, where the Humboldt Peak Summit Trail begins. This is a good place to take a break and filter and refill your water if you are low. The summit trail rises up the eastern slope of the Upper Lake basin making easy switchbacks to the summit ridge.

The Crestones vertical East Faces will be at your back while making the ascent to the summit, but they are in full view if you turn down trail while taking breaks along the way. Once you reach the saddle on the summit ridge (12860ft.), be sure to check the weather for your final ascent, and take a break if you feel the need. From the saddle, you'll be able see the Wet Valley to the east and the entire South Colony Lakes Basin below you to the south and west. This may not be the summit, but the exposed views are grand, no less.

From the saddle, you are only 1 mile from the summit, but have more than 1,000 ft elevation gain. Start up the west ridge to the east. After 13,600 ft., you'll began to encounter a boulder field which rises for several hundred more feet. Keep an eye out for rock cairns as the trail is easy to lose sight of amongst the boulders. Also, be sure to check your footing as some of the boulders here are unstable. As you gain elevation, you'll be able see over the Crestones to the west and into the San Luis Valley.

Eventually, you'll reach a false summit, though you do not have to go to the top. Skirt below the false summit to the right and scramble up through the rocks to reach the end of the west ridge. Here the trail will take you through a flat area to the true summit. From the summit take in the 360-degree views of the South Colony Lakes Basin, the Crestones, and the Sangre de Cristo Wilderness. When you are done enjoying the summit and are ready to descend, head back down the trail the exact route you came up.

Alpine wildflowers boast from every vista, while marmots guard the summit ridge.

Humboldt Peak was named by German immigrants in honor of Alexander von Humboldt (1769-1859), a German geographer, explorer, and mountaineer. 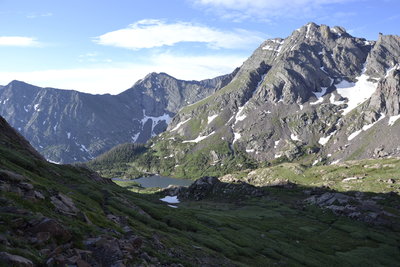 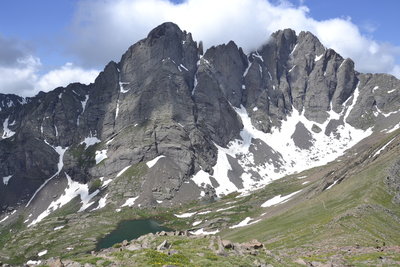 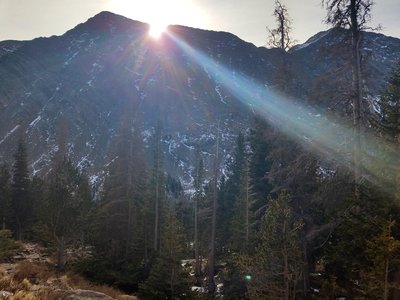 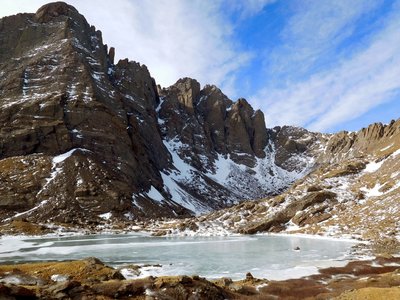 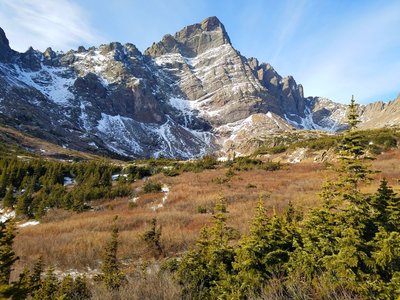