“Challenging climbs broken up by scenic prairie views and a picturesque trout stream. ”

The park officially opens at 8 AM for non-campers.

Only a short drive from the Twin Cities metro area, this arduous hike takes you up and down ravines cut out by massive flooding from receding glaciers.

Almost all of the intersections have maps posted, making it really easy to keep yourself on course with a quick glance as you go by.

Many of the steep sections have non-uniform stairs built into them, which can sometimes mess up your rhythm. However, two of the steepest climbs on this hike are bare. They are showing a bit of erosion, so it seems likely they will get the stairs at some point in the future as well.

Plenty of people take advantage of these trails, but it doesn't feel too crowded because most don't venture into the singletrack trails. Be on the lookout for pocket gopher mounds, as the ground around them may have some hidden holes and soft spots. Also, watch out for horse droppings on some of the trails.

Vehicles entering the park require a pass. Either $7.00 per day or $35.00 for a year (good at all MN state parks). The park officially opens at 8 AM, but the exit lane should be open if you arrive early.

From the first parking lot for vehicles (not trailers or RVs), head east along the paved path towards the Visitor Center. Once past there, go to the left past the picnic areas and keep heading north. The path twists down and around with the river on your right.

Once at the beach area head up the North River Trail. This section is pretty flat with a surface of crushed limestone. After about a half mile look for a sign indicating a sharp left. The following switchbacks climb up to the first little prairie at the top of the bluff.

From here on out stay mostly to the right at intersections. For the next 2.5 miles the trail circles around prairies currently in the process of being restored.

Eventually, the trail starts to head downhill, and at the bottom of a half-mile descent take a right to enter the Trout Brook Loop. The 1.5 miles of this singletrack trail crosses the brook twice and passes by HWY 21. It includes a moderate stair-covered hill.

Upon exiting the loop, head up the steepest hill on the hike. Some erosion can make this challenging, but it should be passable.

Continue on to the southern portion of the Prairie Loop, keeping to the right as you go through 3 more intersections. The maps show 3 connectors (purple lines) from the Prairie Loop, back towards the central part of the park, but one of them is scratched out on most of the maps as you get closer to them. Take the 3rd one, and at the first intersection cross the culvert\bridge so when you are hiking the bottom of the ravine is on your right.

After a half mile take a quick right at the major intersection with one of the trails you originally came up on. This time you'll be crossing the stream going south on a smaller footbridge down in the ravine. once across take the path to the right through two intersections, and keep heading south once you see the bottom of the ski hill.

Head up the gentle incline towards the Prairie near the main park road. Before getting to the road take the first right, taking you back towards the parking lot. Continue on past the parking lots on your right, and loop up through the picnic areas and back down the trail you originally started on. Hang a right at the Visitor Center and you're done.

Common trees found throughout the park include aspen, birch, cherry, and oak. Many different wildflowers grow in the prairies as well as the forest. The oak savannas are undergoing a restoration to try and bring back the native grasses and plants that existed prior to being plowed under.

The woods are home to migrating warblers, cardinals, and many other songbirds while the prairies are host to blue jays. Deer or fox can also be spotted if you pay close enough attention.

The geologic features of the park were carved out by glacial floods. The outcrops of sandstone bank the sides of deep ravines and offer spectacular views of the St. Croix river from the top of the bluffs.

The park itself was established in 1969 to give opportunities to view the unique natural features. Te prevent overuse, minimal development has been done and the camping sites and beach area are accessible by trail only. 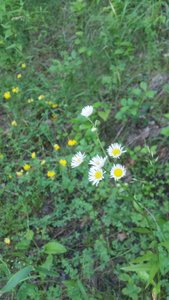 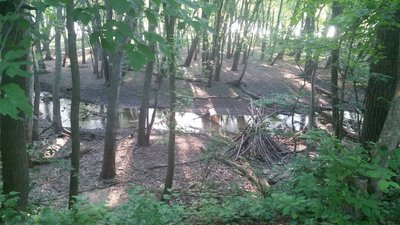 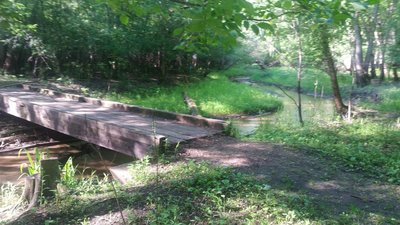 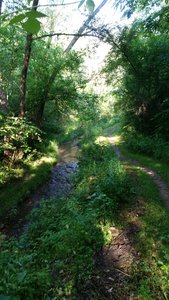 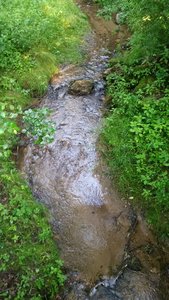