Family Friendly This awesome figure-8 loop can be accessed from multiple TH's and provides easy opportunities for stopping/fussing, as well as bathroom breaks. In addition, the viewpoints are plentiful.

This easy route offers great views for minimal effort - it's great for families looking to bring the kids, or folks just hoping to get in a quick hike to experience the outdoors.

Due to its easily accessed nature, this route can get very crowded - especially on a nice Summer day.

Boy Scout begins and ends at the Sunrise Amphitheater and heads west through Douglas-fir forest, providing good views of Boulder Canyon. The trail gradually rises and falls to May's Point for an excellent view of the Indian Peaks. Return back to the parking lot at the west end of Flagstaff Summit via Boy Scout Trail.

From Boy Scout, head south on Ute Trail, then make an immediate right onto Range View. Aptly named, Range View provides excellent views of the Indian Peaks as it follows the west side of Flagstaff Mountain. Keep a sharp lookout for birds of prey as the trail returns back to Realization Point - they tend to frequent this area.

From Realization Point, turn left (north), on Ute Trail. Ute skirts the summit of Flagstaff Mountain (7,283 feet) and ends at the Flagstaff Summit Rd. This trail was named to honor the Ute Indians.

From here, turn right onto the road which will take you back to your car. Nice work!

Black bears and mountain lions inhabit this area, although you are unlikely to encounter them. Many other wildlife species are common including songbirds, birds of prey, mule deer, red foxes, and coyotes.

The historic picnic structures and Sunrise Amphitheater were constructed by the Civilian Conservation Corps (CCC) in the 1930s, along with improvements to Flagstaff Road. Flagstaff Summit was the site of the KKK cross burning in 1922. A large wildfire burned across the summit of Flagstaff Mountain in October 1924, followed in the late 1920s by a large community effort led by Eben Fein to replant trees. Exactly 70 years later, almost to the day, Open Space & Mountain Parks conducted a 20 acre prescribed burn on the same site -- underscoring how our perception of forest fires has changed through the years. 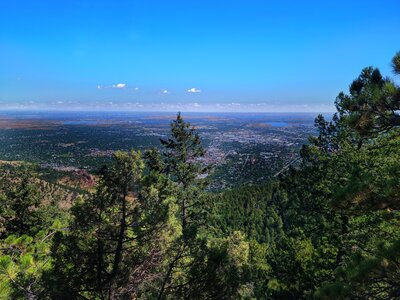 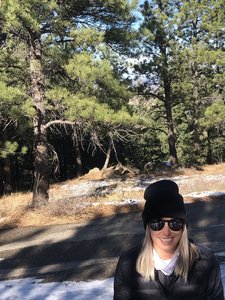 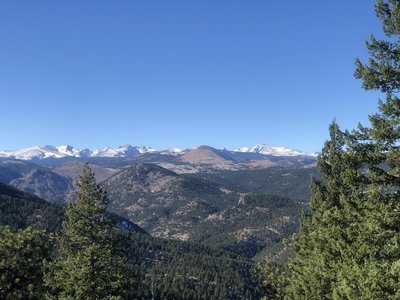 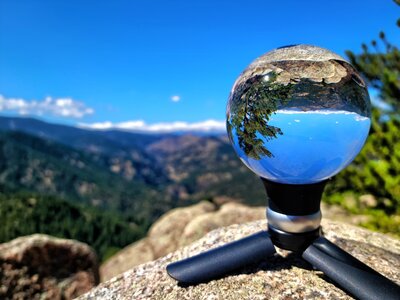 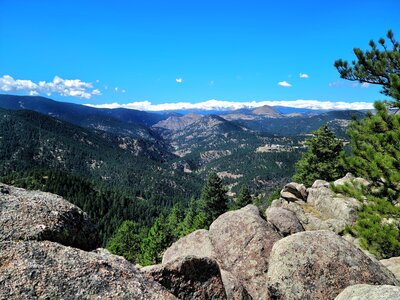 All Clear 36 days ago See History

Royal Arch Out and Back