“This unmaintained path along the upper part of Bright Angel Canyon is good for making long loops. ”

The Old Bright Angel Trail is also known as the Old Kaibab Trail. Good route finding skills are required for this trail, especially for the first several miles. The start of the trail, as it leaves the junction with the Ken Patrick trail is marked, but be sure to stay on the main trail and not be fooled by faint game trails.

Traverse the east side of the valley and switchback down into a dry streambed. After some distance following the streambed, descend again to Bright Angel Creek itself and enjoy the views. Pass a few shortfalls, keeping to the west bank of the creek, ignoring a couple initial false paths that appear to cross it. The true crossing is later than you imagine, and keeping to the trail here is difficult due to social trails and dense undergrowth. There may be cairns visible so keep an eye out.

Once on the eastern side of Bright Angel Creek, in about a mile you reach the confluence with Roaring Springs. From here you can continue along the eastern side of the drainage until the trail ends and you reach the intersection with the North Kaibab Trail at the Pumphouse seasonal ranger station and seasonal water source. If using the Old Bright Angel Trail to form part of a loop, some folks recommend doing Old Bright Angel for the descent because it is easier to find the trail in that direction than when ascending.

Historical notes: this trail was originally created by F.E. Matthes who surveyed much of the Grand Canyon for the US government in 1902. It apparently crossed Bright Angel Creek 94 times but was later improved with the purpose of allowing tourists to reach the North Rim. Once the park service finished the North Kaibab trail, fewer and fewer people used the Old Bright Angel Trail and it has become overgrown. 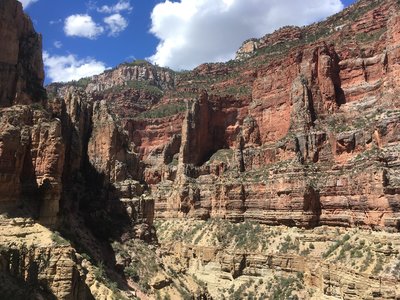 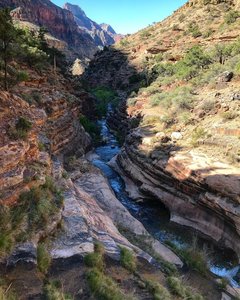 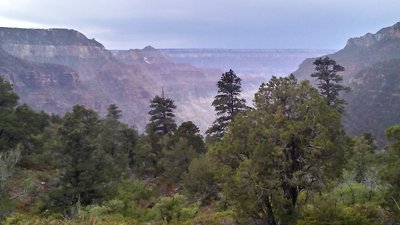 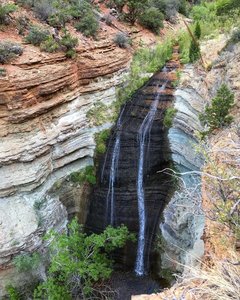 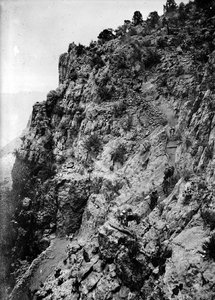