“Underrated and gorgeous, this region is a secret spot for locals and wilderness lovers. ”

Open year round, though the further up the trail you get, the more late season snow you may encounter.

The path is simple to follow, immediately dropping in elevation next to Slab Camp Creek to join with the scenic Gray Wolf River, which gurgles and cascades along this quiet and remote river valley. Originally a logging camp, the region now gives access to some of the more remote and breathtaking backpacking locations in Olympic National Park.

As a day trip, the trail gives visitors the ideal wilderness experiences, crossing iconic wooden bridges and weaving through lush green forests lined with blooming rhododendrons. This route is perfect for spring, summer and fall visitors, but may be a little tough to navigate late in the year depending on the winter snowpack.

Most take the 6 mile out and back trail to the bridge, but those wanting to officially enter Olympic National Park can continue on for a 12 mile out and back journey that gets them to the entry sign of Olympic. Those who do continue along the trail past the bridge are rewarded with even more isolation, as well as a glimpse of the ruggedness that makes Olympic National Park so unique.

In the spring, this trail erupts with rhododendrons and wildflowers, while the fall turns this remote trail into a mushroom picker's paradise. Second growth and old growth timber is the norm here, as are endless stretches off moss and ferns. Watch for deer and the occasional black bear! 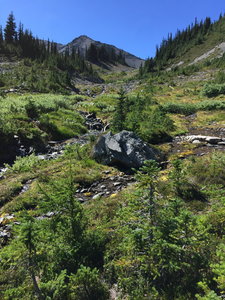 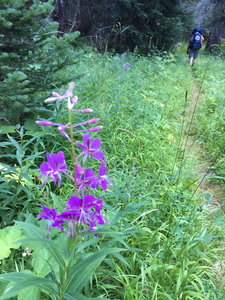 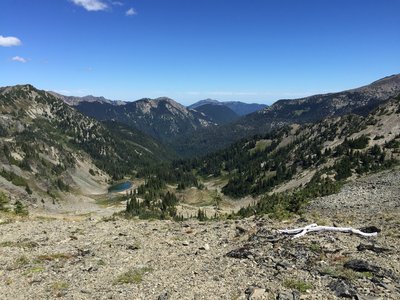 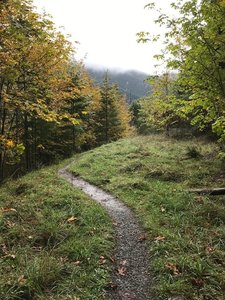 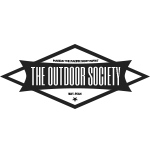